Friends, we are on official Royal Cuteness Overload Status. Sooooo much goodness, all my tiny brain can handle is a rundown of some of my favorite moments from days 4, 5, and 6. And then you can tell me yours and we'll all take home a gold medal in synchronized awwwws.

First and tops of the list, obviously: a silver medal for Zara Phillips! And one presented by her mother, at that. All together now: awwwww. 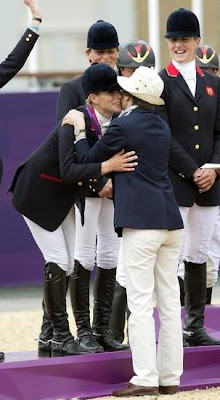 (Of course Princess Anne didn't bother abandoning her fug hat for the occasion. The greatest achievement in one's daughter's sporting career is no reason to abandon one's practicality!) 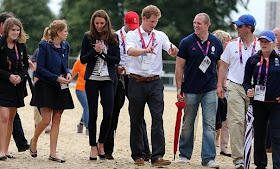 Royals everywhere in the crowd to watch Zara bring it home, of course, including Kate in a super cute outfit which is good for Olympics viewing or for taking a spin on one's yacht, so that's handy.

The Brits were joined by the boys from Sweden - and, man, I know they're all YAY SWEDEN and what have you, but those are some obnoxious shirts - and the Orange team. (And you thought Máxima's utter disregard for her hairstyle would never pay off.)

Speaking of our Máx, she's got some intriguing competition for the title of Most Enthusiastic Royal now. 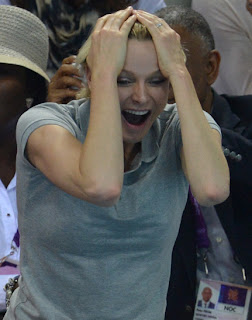 Look at Char! Just like the rest of the world, she was stunned by swimmer Chad Le Clos overtaking Michael Phelps at the wall and her joy for her fellow South African couldn't be contained. I'm telling you, they just should have put her on Monaco's Olympic team and let her do her thing. 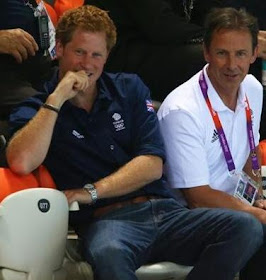 Also enjoying the swimming was Harry. What he lacks in evident enthusiasm, he makes up for in cuteness.

And just to finish us out, we finally have some seriously pumped. The cycling events saw a huge royal turnout - even Daniel and Carl Philip were there - but the headlines belonged, as they do, to the Cambridges. Apparently a PDA from them... 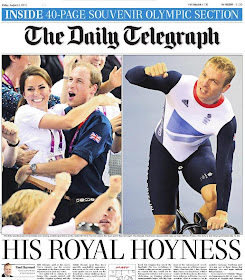 ...equals a gold medal in headline-worthiness. Alrighty then.

I could go on and on but I probably still wouldn't hit your faves, so let me turn it over to you: which royals made you smile on days 4, 5 and 6?