To wrap up our wrap up of the year, my 5 favorite royal things from 2012. Ordered by awesomeness, naturally. 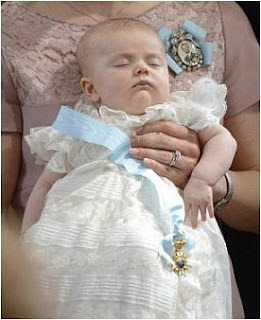 5. Baby sashes. Let 2012 forever be the year Sweden gave us the baby sash - and the year Estelle was utterly unimpressed by it. Bless. May was our month of dueling christenings, with Princesses Estelle and Athena officially welcomed into the royal world.

4. Overly excited Olympic royalty. As much as I love a good formal royal event, there's something particularly charming about seeing the royals lose their...ish. Just every once in a while. 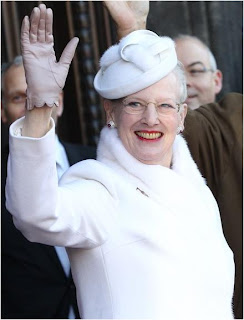 3. Danish jubilees. This was the year of dueling jubilees too, and Queen Margrethe's 40th year on the throne brought us a particularly festive and sparkly celebration in January. Also, anything celebrating the awesomeness of Daisy is, well, awesome. 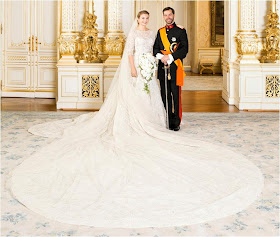 2. An Elie Saab wedding. Tiaras, tiara surprises, hats, and Elie Saab for days. Yeah, there's no way the wedding in Luxembourg wasn't going to make a good showing on the awesome list. 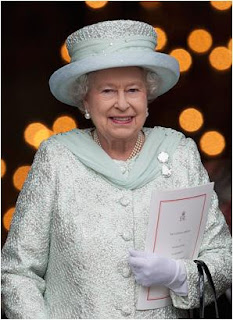 1. British jubilees. The great thing about QEII's Diamond Jubilee was that it just kept going. Trips and visits for the entire royal family throughout the year, a chunk of celebrations in May (including one massive gathering of sovereigns) plus a bigger chunk in June. Even unrelated events like the Olympics somehow ended up a lovefest for Lilibet and her 60 whopping years of queenly service. (I got in the spirit too, starting a new blog for Her Majesty and her baubles.) The most awesome thing in my years of royal watching, to be sure.


What was your favorite royal thing this year?

Programming note: We'll meet up to chat about royal Christmas outfits, but apart from that the blog is on hiatus next week. Happy holidays!