It's December now (how did that happen? Last time I checked it was March) and tartan is in the air, apparently. Let the festivities begin...


Best in Not That Different Hair? Maybe? I Don't Know?
The Duchess of Cambridge
It's time for a confession: I don't get the fuss over her new hairdo...it looks kinda the same to me? Well, adding some layers does not a "new 'do" make, I think, despite what the headlines say. Then again, I require an updo (tiara optional but preferred) before I pay much of any attention to anyone's hair. I'd rather talk about hockey in heels or sweet little bows on coats or the perils of peace signs on clothing, really.

Best in Shoes
Princess Letizia
I am liking that number with the red top way more than I should, really...and it has to do with two little straps on the feets. It's like a nude shoe with a bite. Lurve. 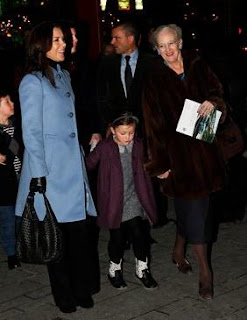 Best in Blergh
Princess Mathilde
No real color, not even a spot of orange in sight!

Best in More Tartan
Princess Máxima
Hey, maybe Máx and Kate can go on a little stroll at Balmoral together sometime and talk about tiaras. (As you do.) On a sidenote, we've now entered the time of year when Máxima insists on wearing lighter color shoes with dark tights, and makes me die a little on the inside. 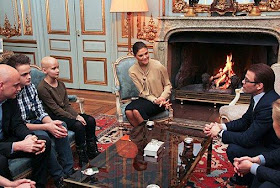 Victoria and Daniel gave an audience to two kids with serious illnesses that wanted to meet them, though the MyBigDay Foundation. Just adorable.


And an Honorable Mention to...
Princess Beatrice
Perhaps my favorite royal Erdem yet, just loverly.