Let me sneak this in here since we had a Nobel Wednesday - the last in our series of monthly bride reviews! And just a short list to take us out... 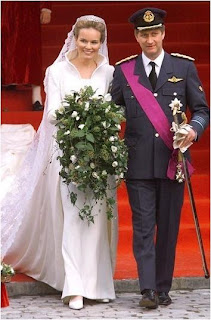 The Duke of Brabant and Mathilde d'Udekem d'Acoz
December 4, 1999
Our newest king and queen in a year of monarchy switcheroos. 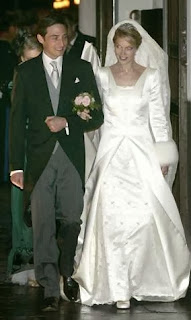 Archduchess Marie Christine of Austria and Count Rodolphe of Limburg-Stirum
December 6, 2008
These two (she's a niece of the Grand Duke of Luxembourg) welcomed a second son this year. 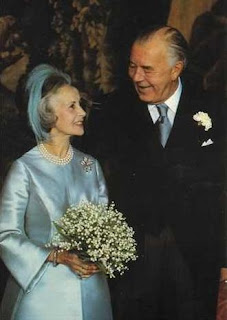 Prince Bertil of Sweden, Duke of Halland and Lilian Craig
December 7, 1976
These two might be my favorites from this list, because awwww. 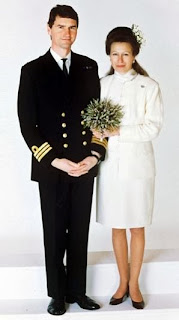 The Princess Royal and Commander Tim Laurence
December 12, 1992
Appropriate for a small second wedding (for her), yes, but also so very Anne - the exact same case, in fact, as her much larger first wedding, as mentioned in last month's overview. 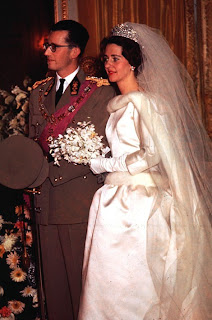 King Baudouin I of the Belgians and Fabiola de Mora y Aragón
December 15, 1960
If you want a queenly wedding gown, this is it. 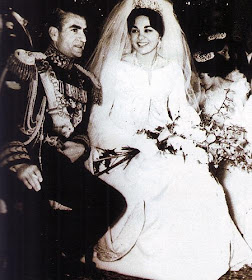 The Shah of Iran and Farah Diba
December 21, 1959
This one's got the pomp factor too, but not quite the same gravitas as Fabiola's gown, I think. 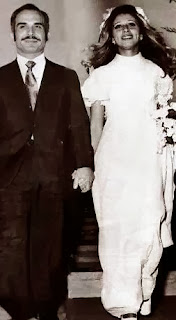 King Hussein of Jordan and Alia Baha Ad-Din Touqan
December 24, 1972
This was the king's third marriage, and it ended tragically: Alia was killed in a helicopter crash in 1977. Their children include Princess Haya, who we see around here whenever the races are on. 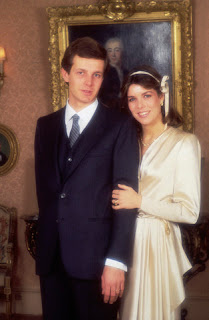 Princess Caroline of Monaco and Stefano Casiraghi
December 29, 1983
Another tragic end here, I'm afraid: Stefano was killed in a speed boat crash in 1990. Their daughter Charlotte should be having a baby of her own soon.


Who's your favorite December bride?